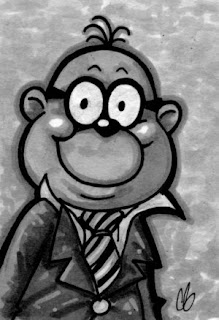 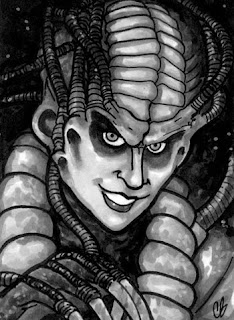 An obscure one...this one is of The Wicked Queen from Michael Jackson's Captain EO. Most people i know don't have a clue who this is, but hopefully, Disney will take care of that by putting Captain EO back in their theme parks this year. I know that Disneyland is already jumping on it. Now it's time for everyone else to get on that Captain EO bus and bring back that masterpiece (i'm looking at you, Epcot! I'd even take Hollywood Studios!) 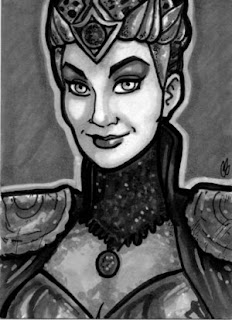 Next is Evil-Lyn from the live action 1980's Masters of the Universe movie. Most people don't remember this movie staring Dolph Lundgren and a young Courtney Cox (and for good reason...it really wasn't that good at all!) The only good thing about it was that Meg Foster looked pretty badass as Evil-Lyn. I plan on doing an sketch card of Evil-Lyn from the original He-Man/Masters of the Universe in the near future though. 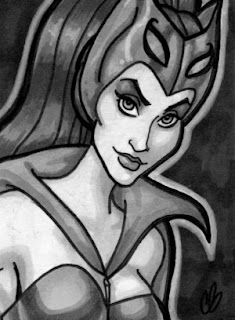 Finally, it's Catra from She-Ra, Princess of Power! I've ALWAYS wanted to draw her because i felt she was a pretty bad ass character. Pretty much anyone involved with The Evil Horde on that show were awesome villains. For this one though, i changed Catra's features a little bit and made them less angular and "pointy". She almost has an Angelina Jolie/Megan Fox look to her now, because i made her features a bit more full.
Posted by Big Chris at 1:29 AM